(+420) 773 259 041  / pavel@minar.cz
I specialize in IT consulting and G Suite (formerly Google Apps). I’m an authorized Google Cloud Partner (formerly Google Apps Authorized Reseller), and I run Jak na IT (“How To Do IT”), a website with guides for smarter ways to get things done on computers, phones, and the Web.

I also worked for 18 years at ZONER software. I began as a developer, then led my team, and ultimately spent 4 years as the technical director of the Software Division. I helped give birth to many of its products, including the company’s flagship product – Zoner Photo Studio. After those 18 years I decided it was time for a change, and now I’m a freelancer.

I really hate mistakes. When I do somenthing repeatedly I try to describe and automate it. If someone can accomplish the task better, faster or cheaper, the best solution is to delegate this task. Thus I really love process management and together with Dan Dimitrov and Robert Vlach founded Procesoid – the world’s simplest app for straight process management.

I live in the city of Brno. I’m the father of two smart and beautiful daughters, and I’m a very happy man. I ride to work on my bicycle. Sometimes I’m a compulsive writer, and it shows on my personal blog. Other times, I take pictures. I also team up with my daughters Klárka and Eliška to publish the Hravá snídaně (Playful Breakfast) blog. 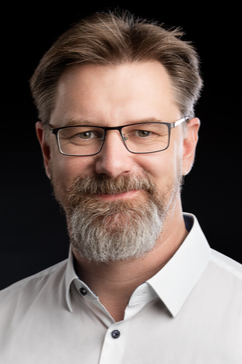 What Can I Do for You?

I solve computer problems for individuals and companies. I help companies to introduce Google Apps into their workplaces.